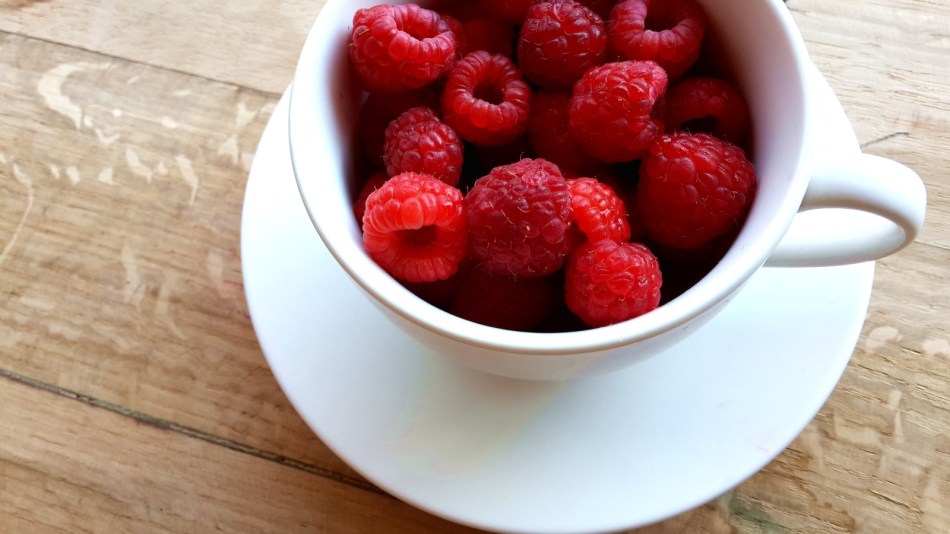 Ah! A visual reminder I needed today: there are FOUR seasons in Michigan!

Seeing fresh raspberries this week in Chelsea (even if it’s just a picture on a blog site) makes my heart feel hopeful that this misery of gray skies and crazy-making temperatures will someday pass…and…believe it or not, this has a lot to do with beginning to write each week for First Congregational Church, UCC in Chelsea about doing ministry with the Margins.

For me it connects because I experience hope (even better than raspberries in winter!) when I follow Jesus into life with the Margins.

Jesus was a guy who made a big deal about caring for the people that polite, privileged society didn’t know what to do with or actively avoided for lots of reasons. Think lepers, think Samaritans, think women who are caught in adultery or who have been hemorrhaging for a dozen years—Jesus seemed to seek them out or meet them right in the thick of things. Think about tax collectors, prostitutes, the mentally ill, or the cognitively disabled (often assumed in the ancient world to be under the influence of a demon). Jesus was about liberating them from the things which bound them.

While I don’t personally know any Samaritans, lepers, or tax-collectors, I do know quite a few people who are treated as if they were—these would be my friends who can’t hold a job very well because of their PTSD or cognitive challenges, my Euro-American friends who have discovered that falling in love with a person of the same gender defines them suddenly as a minority for the first time in their lives, the beautiful women I met in prison while serving them in the mental health unit, some of whom felt grateful for being there, expressing that they would be dead if it weren’t for the state protecting them.

This week we are celebrating the life and ministry of MLK Jr. His adult life was given in service to people whose civil rights were marginalized by other people with privilege; privileged people who just didn’t fully understand how much pain is experienced (for generations sometimes) through treatment of others as second-class citizens (or third, fourth, or fifth…).

It costs us, the privileged, to carry the burdens of judgment and blame. I imagine that all of us who are privileged (which comes in lots of forms), know the feeling of suddenly being set free from our “small, privileged selves,” and subsequently feeling the open-hearted desire to act in genuinely respectful ways instead. I’m suddenly thinking of a version of a story I read somewhere years ago—it might have been in 7 Habits of Highly Effective People:

A person riding a quiet, early morning subway on a warm, sunny Sunday, enjoying the newspaper and solitude, is suddenly rattled by the arrival of another man with two young children. The second man, looking disheveled and sleep-deprived, drops heavily onto a seat on the other side of the car while the kids create a make-shift obstacle course out of the empty seats around them. They are running and shouting, making general mayhem. “What is wrong with that father?” the first man thinks angrily. “He has no control over his children, and that kind of undisciplined parenting is what is causing young people to grow up to be the narcissistic problem-makers we have in our society today!”

Suddenly, the father looks up from where he was staring blankly at the ground and walks over to the first man, still angry from the disruption. “Gosh, I’m really sorry about my kids,” he says. “We just left the hospital. Their mom died this morning. I guess we’re all a little out of it.” And with that, he calls to his 2 grieving children, who go and sit down next to him.

Jesus, as the clearest way Christians have to understand God, sees you and your life with eyes of compassionate understanding. He understands how easy it is for people of privilege to slip into judgment and blame, especially when what marginalizes another may be something invisible like grief, a hidden disability, or some kind of addiction. He wants to liberate the privileged from their painful, narrow attitudes as much as he requires justice for those who have been wrongly judged.

For me, like a cup of fresh raspberries in January, this brings hope because it reminds me that the misery of not seeing and feeling unified to each other in Love’s fabric of Life will someday pass for all of us…just like this bah-humbug weather. This weekly blog, attached to the First Congregational Church, UCC webpage and Facebook, will be an ongoing place for us to reflect on the humbling, and yet transforming work of following Jesus as we look at scripture and the weekly news—from the perspective of marginalized people in our world today. Who are the people who are marginalized in your life?

Feel free to leave a comment or story of your own about what it’s like to think about doing ministry with the Margins.

Thanks. See you Sunday.

0 comments on “The Pain of Privilege”