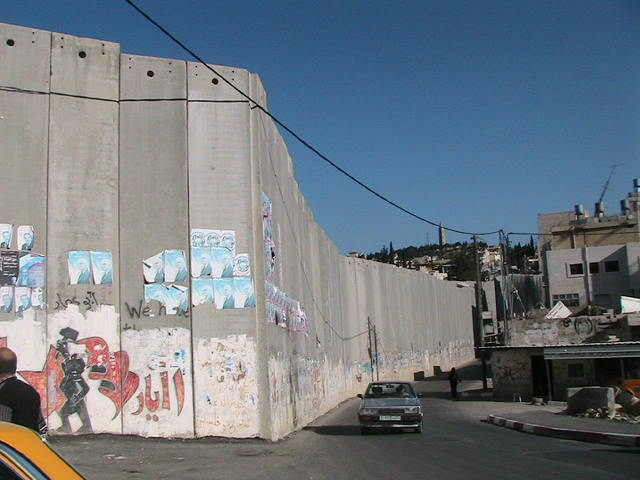 Ramadan is helping me to see boundaries in a fresh way.

For example, Somebody Else sets the boundaries of sunrise and sunset into place. Those are time boundaries, but they do not feel oppressive to me currently, even when it means this morning I needed to get up at 5:40am to have time to eat. And the reason there was a sweetness to my breakfast oatmeal at 6am, even though there was no sweetener in it, is because I GET TO CHOOSE whether or not I want to give meaning to eating before sunrise. If I did not trust that this boundary was ultimately going to give meaning to my life in some way, I guarantee you I would have been still snoring.

A few nights ago I had the same observation: I was cutting up 4 chicken thighs to eat for my first iftar. The pleasure of anticipating how good this was going to taste was over-the-top. It made the work of preparation so incredibly intoxicating. But I remember thinking that if SOMEONE ELSE WERE RESTRICTING MY ACCESS TO FOOD until sunset, the only way I might be able to find peace in this level of hunger would be to “trust that it is God’s will” that I go hungry right now. But this observation invites me to walk dangerously close to some bad theology. Let me explain.

For 70 years, the Palestinians in the diaspora have been observing a day called Nakba on May 15th each year. It’s the day AFTER Israel was formed in 1948. Nakba means “catastrophe day.” Indeed, 750,000 Palestinians became displaced that day, and the boundaries on their living by the Israelis have been growing increasingly harsh with each generation, which now is pushing 5 million people affected by this trauma. Indeed, the oppressed have become the oppressors. It’s to the point where people are dying regularly in Gaza because of Israeli restrictions to basic water, food, medicine, etc. When people DO leave, numerous people have described it as leaving prison.

God’s will is for Shalom, let’s be clear about that.

For no one to go hungry.

For a just-peace realm of community to exist between all peoples, regardless of their religious beliefs.

Shalom means people are able to trust that any boundaries in place are giving MEANING TO THEIR LIFE in some way. This is where theology is critically important, because it exists to give meaning to each person’s life and to their work in the world. But there are both bad and good forms of theology.

Bad theology is bad because it isn’t nuanced enough. It says, if you are suffering because of your lack of access to something like food, you better get over it because suffering is JUST YOUR CHOICE in the face of God’s will. And for some people, repressing their feelings in order to give evil God’s stamp of approval GIVES MEANING TO THEIR SUFFERING. If they can believe that God is giving them this suffering to help them grow spiritually or win them a place in heaven someday when they die, that helps them to trust in their pain.

But for me, that creates an image of God as an abuser, which is untenable if Jesus is a Christian’s clearest picture of what God’s life looks like in a person. I think it’s possible to hold both the suffering and the deliverance together in Christ to give meaning to the pain AND TO GIVE INDIGNATION TO THE MOVEMENT TO CHANGE WHAT’S CAUSING THE PAIN. Jesus the Christ opens the door to the Pascal Mystery, which says that we can find meaning in our suffering ONLY IF WE ARE CHOOSING TO USE IT TO LOVE OUR NEIGHBORS AND OURSELVES MORE EMPATHICALLY—-only if we are using the pain to give meaning to our actions to make changes toward God’s Shalom. This is why Christians can never separate the cross of Good Friday from Easter’s victory.

The discomfort of being hungry brings moments of deep pleasure when a person is given the power to choose to make healthy meaning of it. But caution must always be used to discern in places of hunger and need, where we may be simplistically pointing to God’s will for suffering without recognizing it as an illegitimate cover-up for evil.